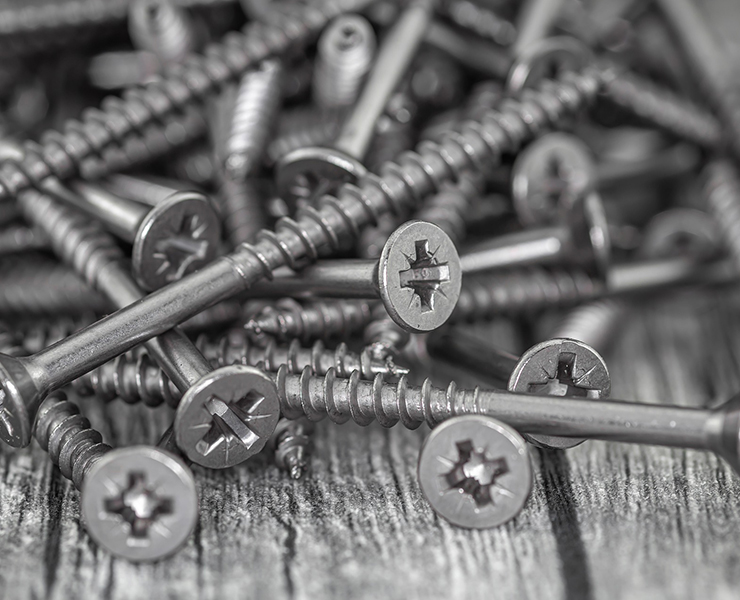 A screw is a screw, right? Wrong.

Not alone should you know whether you want a woodscrew, a machine screw, a self-drilling or a carriage bolt, to name but a few.

You also might want to decide which, out of the ten or so different screw heads you want the screw to have.

A bugle screw head is very closely similar to the countersunk screw. It also has a flat head. The side profile of the bugle screw head looks closely similar to that of a bugle instrument head. The difference between a standard countersunk and a bugle head is that the bugle head has a sort of rimmed conclave on the underside of the flat head. This curved inwardly edge makes Bugle Heads more suitable for soft material, like wood and dry wall.

A Round Screw Head has a rounded or domed head. The half of the screw that remains visible when screwed into the surface is rounded and domed. Roundhead screws tend to be used less frequently that Flathead screws. Where Flathead screws will be used to fix bookcases and cabinets etc, Roundheads may be used on machinery and with sheet material in which it would be too thin to use with countersunk screw heads.

A Raised Head screw head is a mix between a Round Head and a Countersunk head. It is raised in the middle but not domed completely like the round head. It sinks and evens out towards the edges of the head making it more aligned with the work surfaced it is being attached to and similar to a countersunk screw head in this sense. The raised screw head, also known as an oval head, is sometimes used to add a decorative touch to a job.

Pan head screws can look similar to a raised screw head / oval head, but they are different. A Pan Head has rounded edges, so it does not sit flat into the surface the way a countersunk does. However, a Pan Head has a flat top. This is how you can tell a pan head apart from a raised head / oval head. Pan head screws are generally used for metal work and are mainly found on self-tapping screws.

A Flange Screw Head is one with a rim around the base of the head. This looks similar to a washer at the base of the screw head. This large rim or circular collar allows for a wider coverage area. This can be useful when covering an uneven hole. Flange heads, can also be known as Frame Bolts when in Hex form.

After making your decision on which screw head you will use, you will likely have another option to choose from.

Most of the above-mentioned screw heads will be divided again into two; Slotted or Crossed.

A Slotted Screw Head has a straight line running through the centre of the screw head. A Slotted Screwdriver can be used to drive or loosen these screws.

An improved variation of the Cross Screw Head / Phillips Head is the Pozi Head. The Pozi Screw Head was designed when it was realised that at times there can be slippage of the screwdriver and over time this can wear away at the Cross Head. They have been designed with additional indent lines. It is best to use a Pozi Drive Screwdriver with a Pozi Screw.